​Centuries-old know-how
The spider emerges from the depths of the earth
The hydraulic engineers removed from under the ground the immense structure that distributes the water to the 74 spouts of the fountain. Called the ‘spider’ owing to its shape, this three-centuries-old network of pipes is made up of two concentric crowns onto which are grafted the pipes that supply each of the water spouts. Once it has been dug out, the spider was installed during the winter of 2014 near the work site, in a workshop visible to the public. Visitors are able to watch live as the traditional techniques of fountain engineering are applied, such as remaking the damaged parts using wooden chucks, patches of molten lead and joins with solder from a ladle. 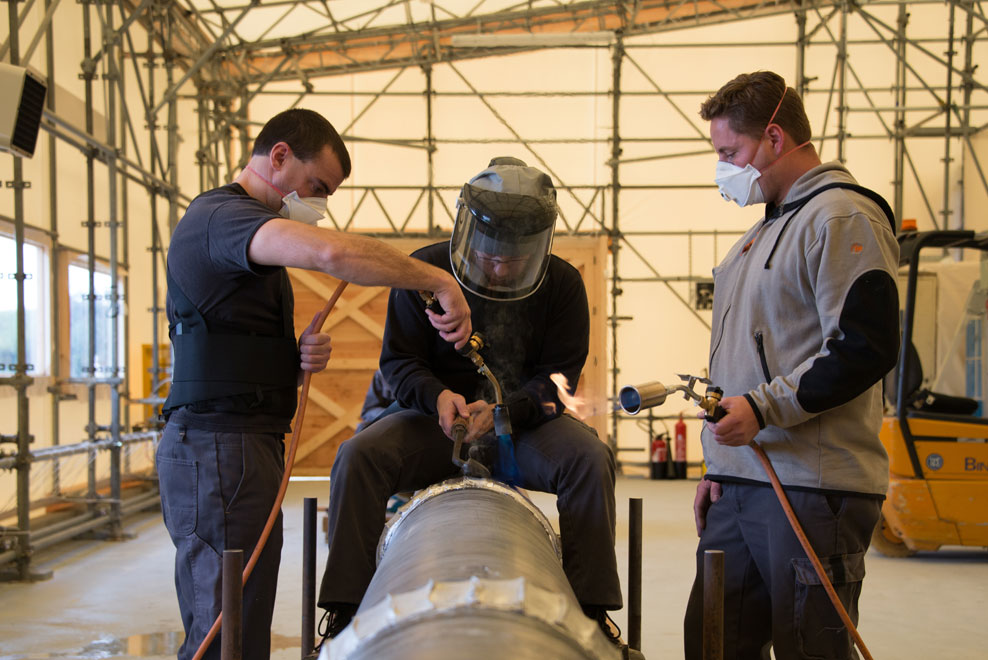 Fountain engineers © EPV / Thomas Garnier
Latona recovers its 17th century composition
Using as their blueprints the engravings and paintings of the period, the hydraulic engineers restore the water features to what they were in the time of Louis XIV. They add on new valves to recreate the four vertical jets of water, present in the old pictures but no longer there. They  restore the existing valves so that the fountain can produce the original water features. They also re-establish the original shapes of the spouts, in particular those creating a bell shape over Latona at the top of the fountain. To do so, they re-cast all the adjutages of the fountain, those pieces of metal placed at the extremity of the pipes which determine the shape and the volume of the jet. 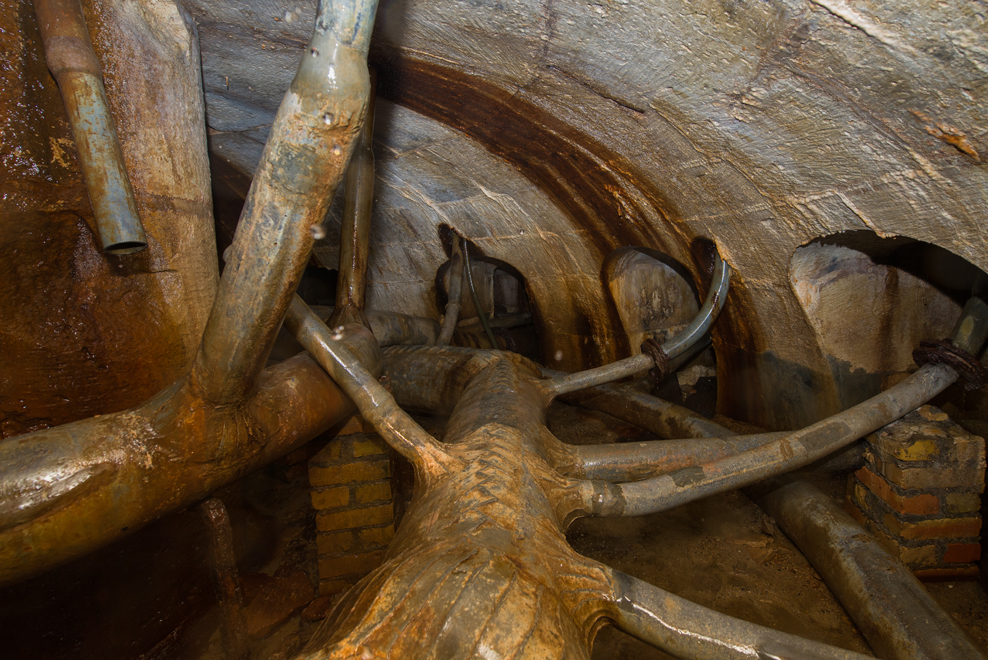 Under the Latona fountain, the “spider chamber” © EPV / Thomas Garnier