A restoration in the tradition of the embroidery-like parterre

Restoring the design of Le Nôtre
In the 19th century, the parterre laid out by Le Nôtre was replaced by two large lawns bordered by flower-beds. The gardeners will restore it to its layout at the end of the 17th century when, like the parterre of the Orangerie, it was made up of symmetrically shaped and arranged patches of lawn bordered by trimmed hedges to form a garden ‘embroidery’.For the Latona parterre, Le Nôtre had chosen patterns of palmettes decorated with whorls and arabesques. In early winter 2013, the gardeners removed the vegetation in place and flattened the land. Before laying the new lawn, they staked out all the ground with wooden battens to indicate the layout of the symmetrical design created by Le Nôtre. 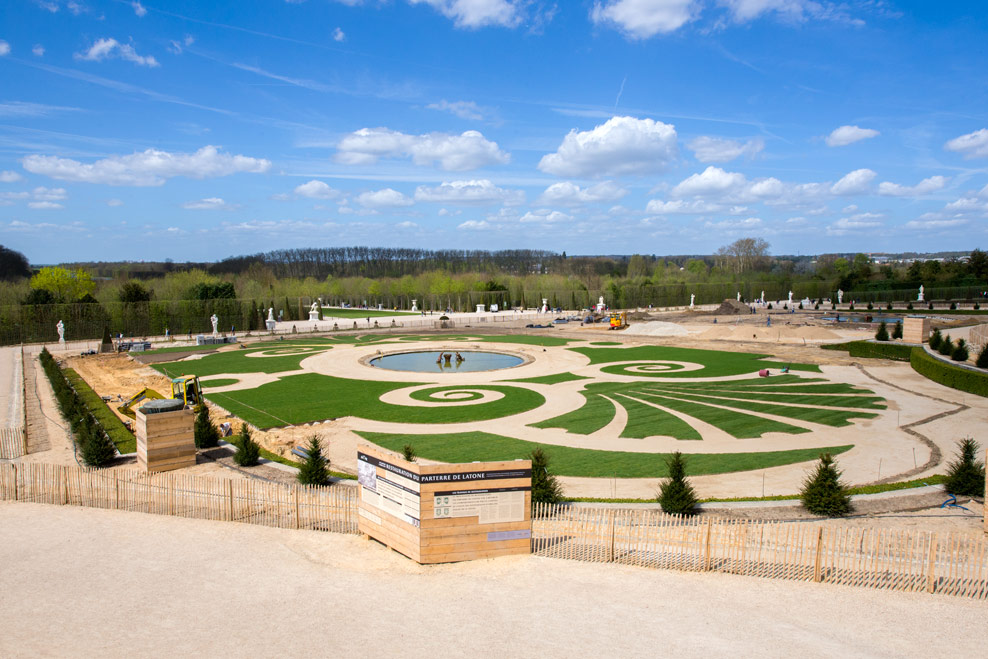 The Latona parterre restored © EPV / Thomas Garnier
Topiary art, practised for three centuries in Versailles
​
Topiary art, which has flourished in Versailles since the 17th century, is an essential component of the French-style formal garden designed by André Le Nôtre. In the Palace of Versailles, the intricate art of topiary clipping has been passed on to each generation of gardeners by their predecessors. Today, the gardeners of Versailles maintain nearly 700 topiary hedges and trees, trimmed into 60 different shapes. These topiary features amplify the rhythms of the embroidery-like patterns and enhance the perspective effects. Thanks to this heritage, the gardeners of Versailles gave back to topiary art the central role that Le Nôtre assigned it in the Latona parterre. 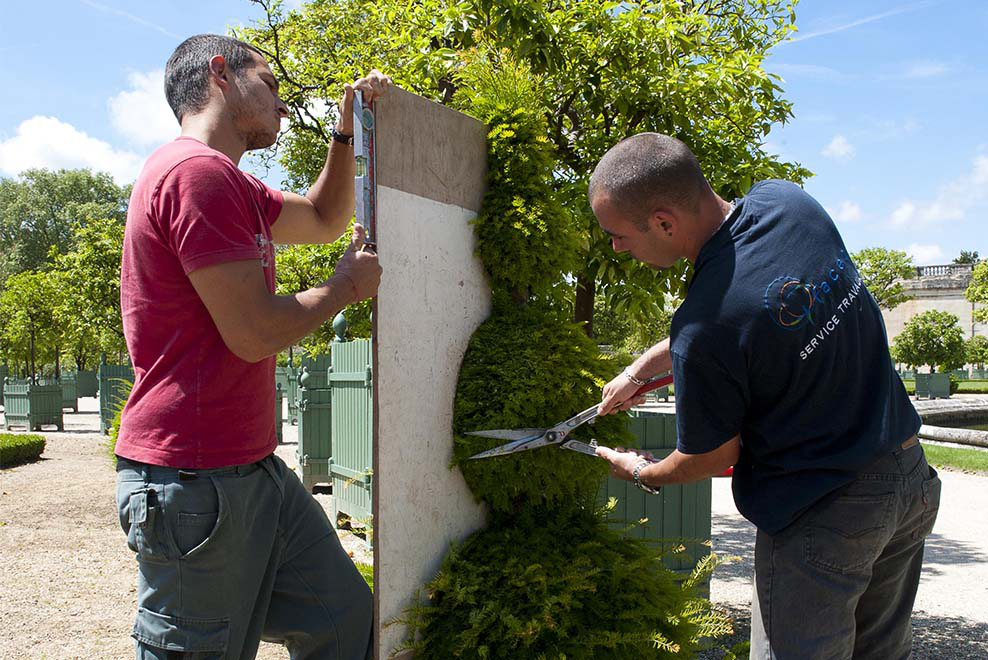 The work of the gardeners was far from over when the restoration project was completed, in September 2013. Every year for over three centuries, the gardeners of Versailles have continued to pay homage to the perfection of the work of Le Nôtre.