Reconciling the ancient and modern world 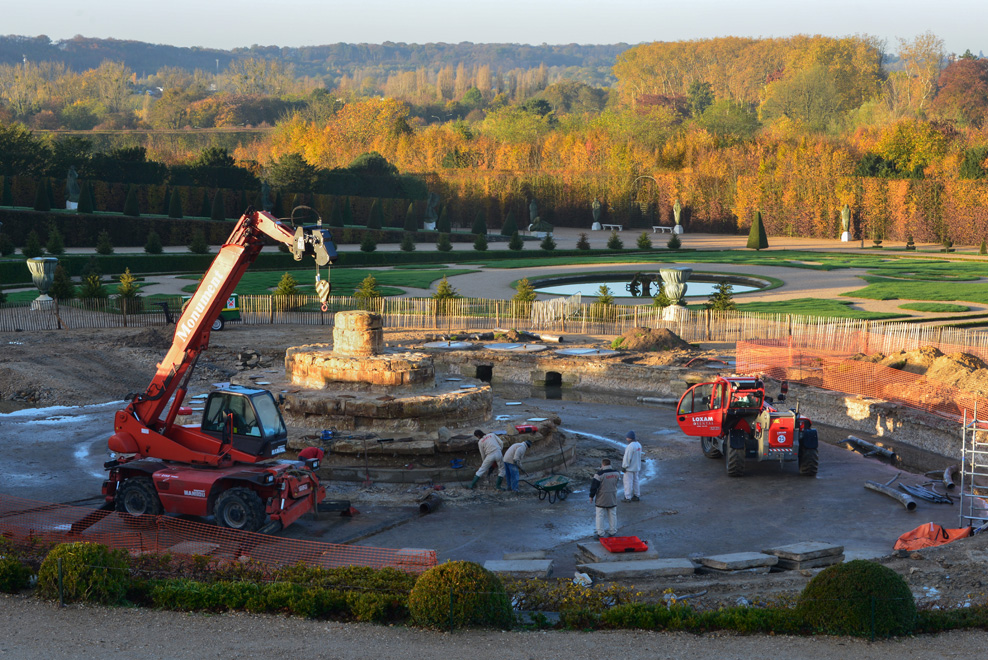 Masons are removing the Latona fountain © EPV / Thomas Garnier
A radical overhaul for a durable restoration
The centuries-old underground structures were the first affected by the reinforcement and waterproofing operations. Stone after stone, the masons took down the cut stone vaults of the ‘spider’ room and the underground galleries leading to it. Then they will put them back in place while replacing every damaged stone. The structures supporting the fountain (a central pillar below the group of Latona and her Children and a peripheral crown) will be reinforced using contemporary materials and a series of vertical piles rammed deeply into the ground (8 to 10 metres). 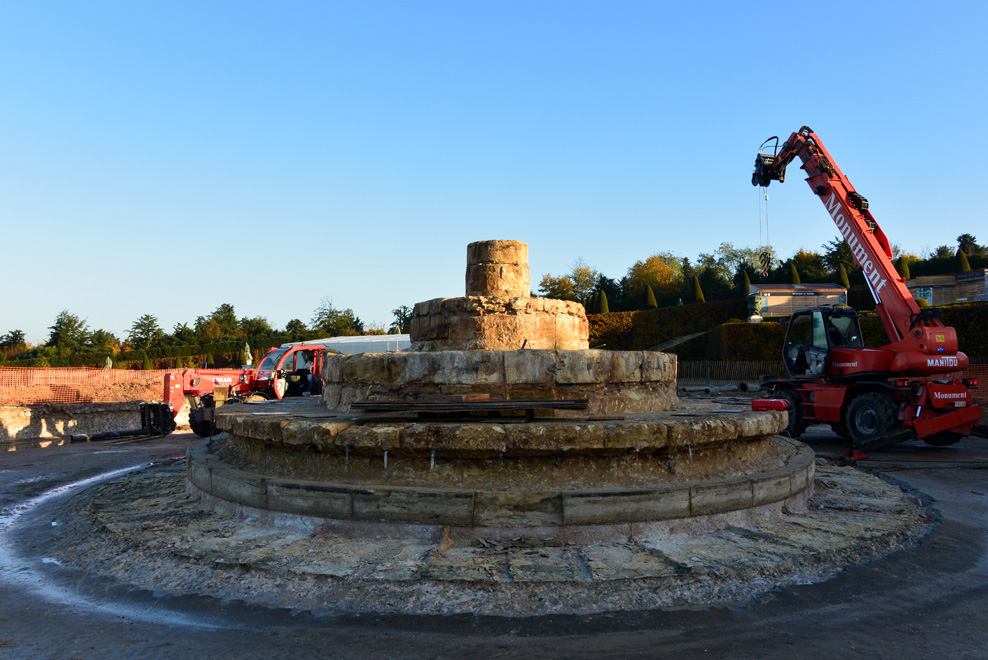 Removing the Latona fountain's masonry © EPV / Thomas Garnier
Under the marble, the lead
​
The marble facings that decorate the fountain have been considerably damaged by problems of leaking that have worsened over the years. In spring 2013, these marble facing slabs were removed and entrusted to the marble restorers. This will make it possible to completely overhaul the waterproofing system of the different basins of the fountain. To do so, the masons will use the same material as in the original system: lead. They will also improve this system which did not make allowance for the problems linked to the dilatation of the material, by forming folded lead tables a half centimetre thick that they will then install between the basins and the marble facings.