Home > The restoration work live > RESTORATION OF THE LATONA PARTERRE

RESTORATION OF THE LATONA PARTERRE

Work on the Parterre, the lovely setting of the Latona Basin
November 2012 – June 2013 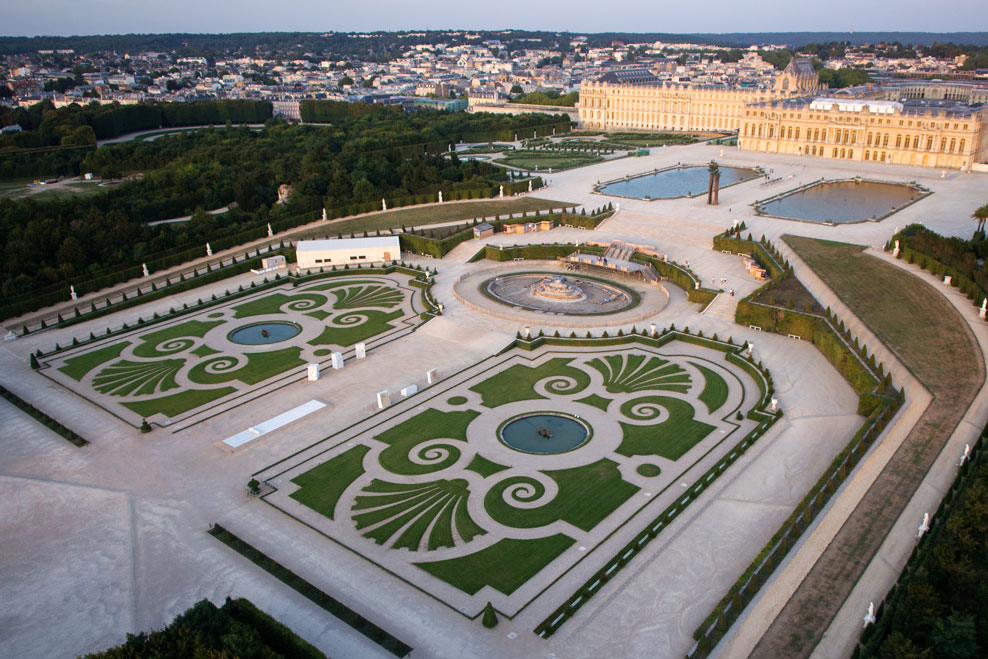 The restored Latona Parterre - ToucanWings - Creative Commons By Sa 3.0
A Parterre designed by André Le Nôtre
Covering nearly 3.5 hectares (8.75 acres) in the heart of the Gardens of Versailles, the Latona Parterre designed by André Le Nôtre was laid out in the middle of the 1660s during the first improvement work requested by Louis XIV. After the French Revolution, it was transformed into a simple lawn. Flower beds were added at the end of the 19th century. 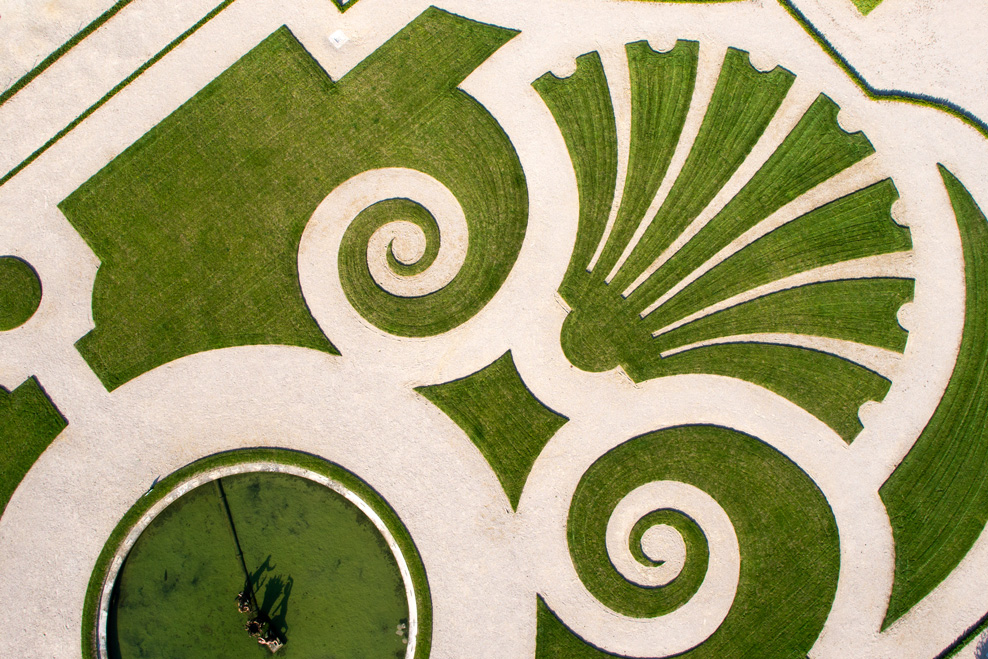 Embroidery-like motif on the restored Latona Parterre - ToucanWings - Creative Commons By Sa 3.0
Back to the original appearance
The abundance of documentary sources on how Le Nôtre designed the Parterre made it possible to undertake the restoration project under the direction of Pierre-André Lablaude, head architect of France’s Historic Monuments, to return it to its original appearance, in keeping with the policy of overall replanting of the Petit Parc and the Gardens followed by the Palace since the 1990s. After removing all traces of the 19th and 20th century layouts, the Palace’s gardeners undertook major earthwork operations, a necessary prerequisite to laying out the large shell and scroll motifs. 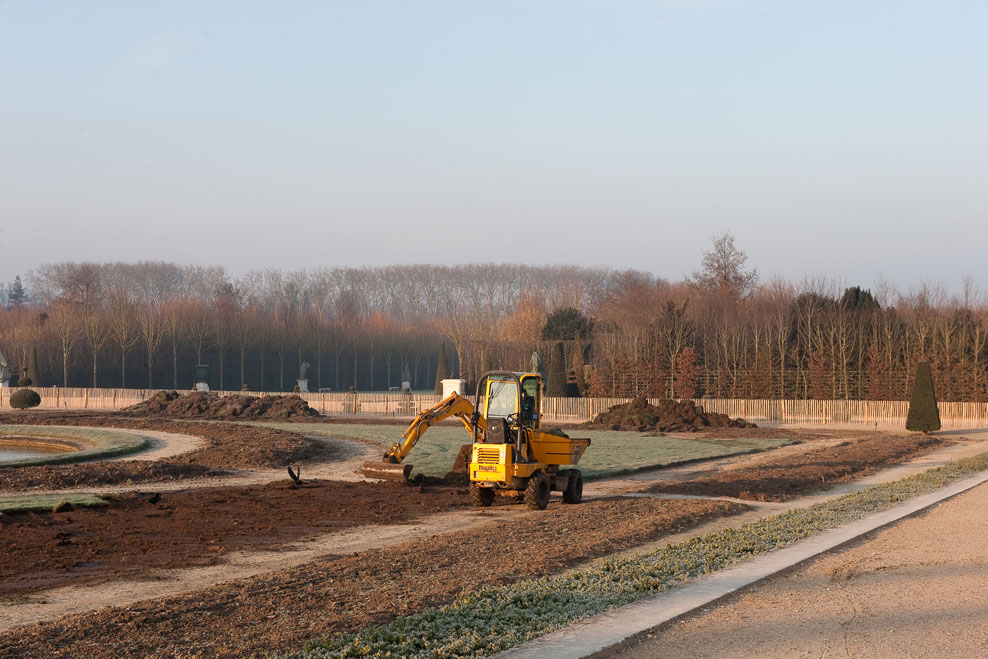 Earthwork on the Latona Parterre - © EPV / Christian Milet
Restoration carried out using old and contemporary techniques
Staked out using GPS, the area was plotted out with plaster as they did in the 17th century. This serves as markers for laying the metal strips that are then used to position the rolls of turf. The alleys winding between the sections of turf were covered with crushed flint, which does not get carried off by the wind. 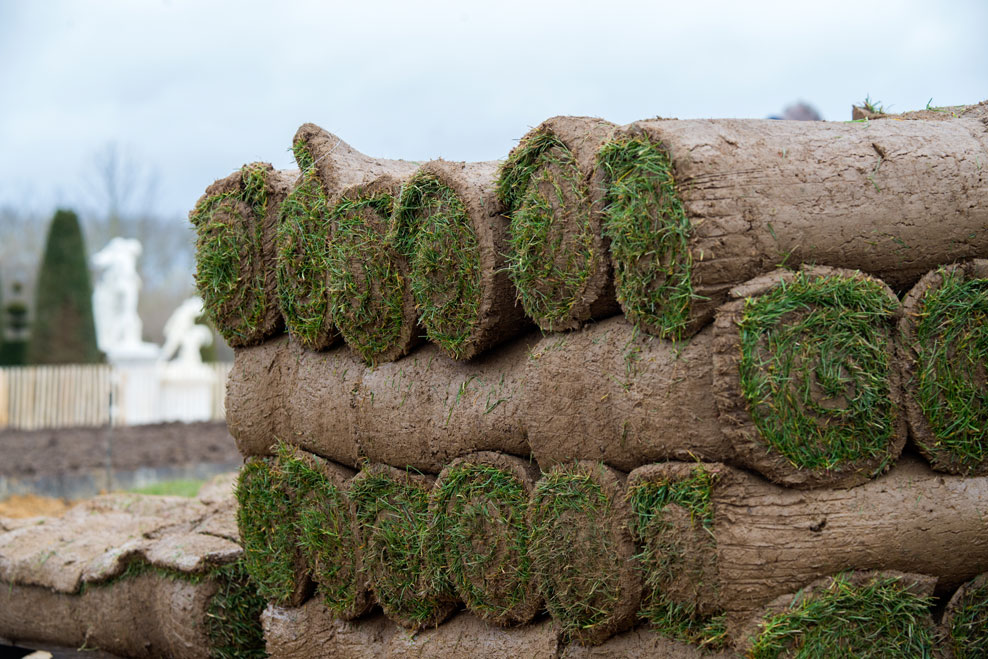 Rolls of turf - © EPV / Thomas Garnier
Topiary art
Lastly, to complete the restoration, the gardeners replanted the boxwood hedges and the topiary – a touch of fantasy that offsets the strictness of formal French gardens – whose wide variety of shapes made the Versailles gardens so famous under the Ancien Régime. 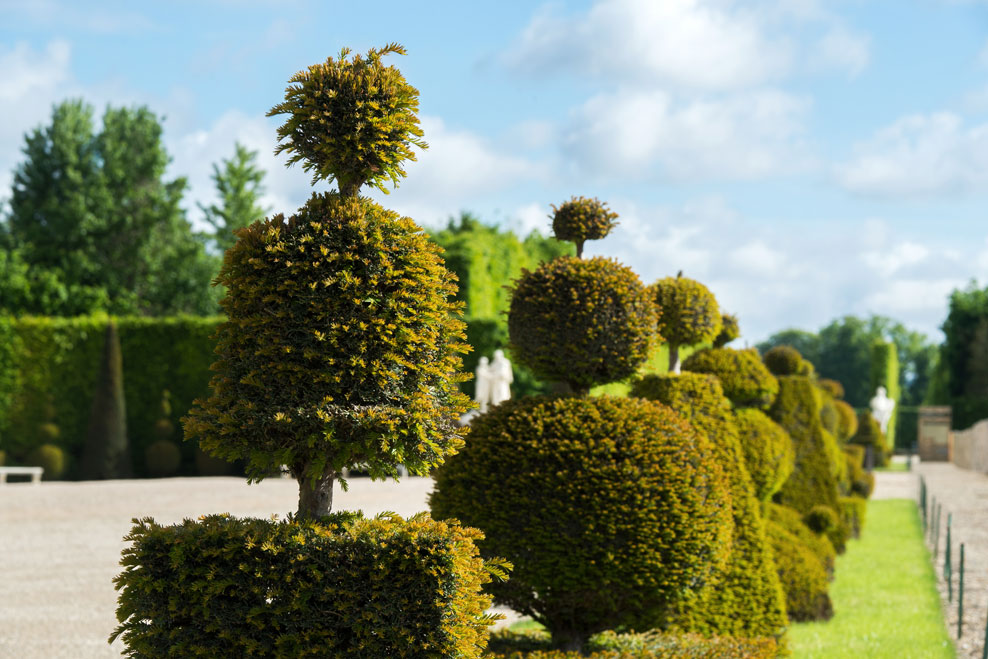 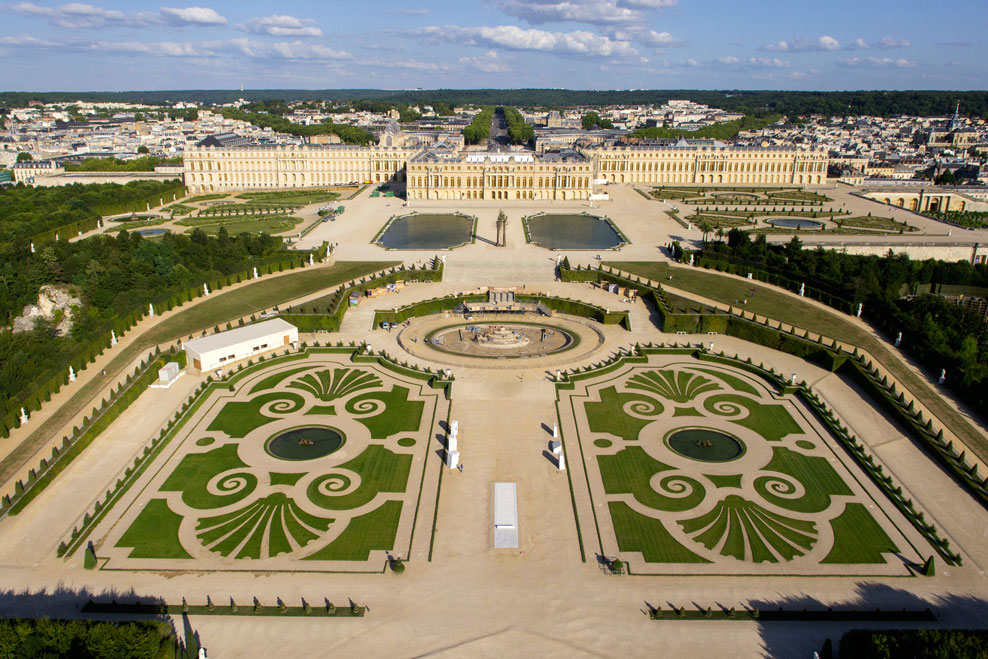