Over sixty figures from the marsh to be restored 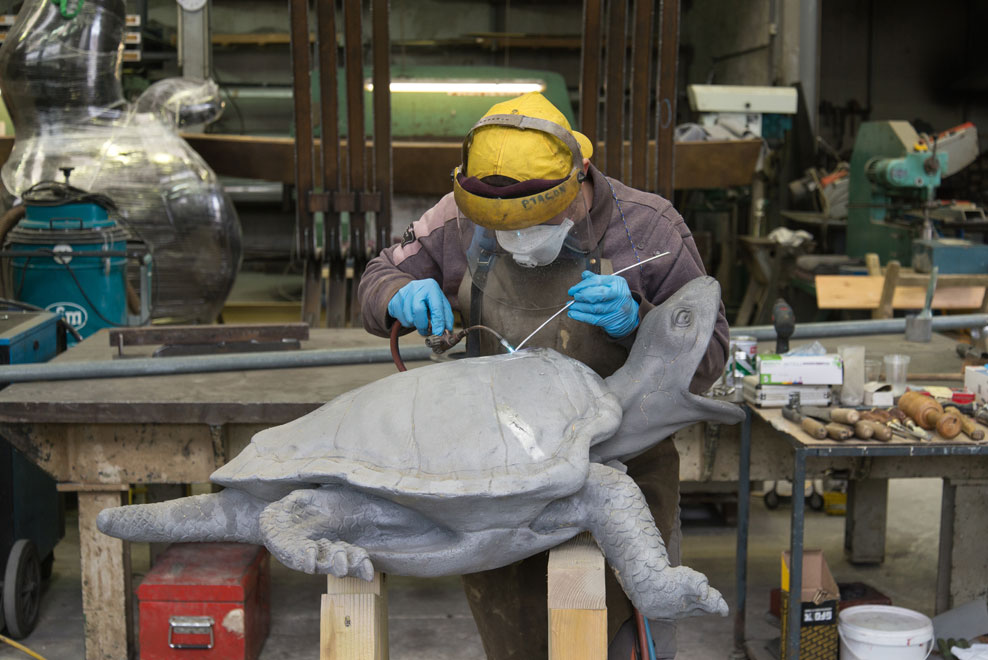 Welding a damaged part of a turtle © EPV / Thomas Garnier
Restoration of the lead statues
​
In April 2013, the gilt lead sculptures were taken down for an overall restoration carried out in very precise stages: removal of the remains of gold pain, removal of deposits, cleaning, removal of grease, patching of holes with molten lead and chisel finishing, ending with smoothing of the surface. 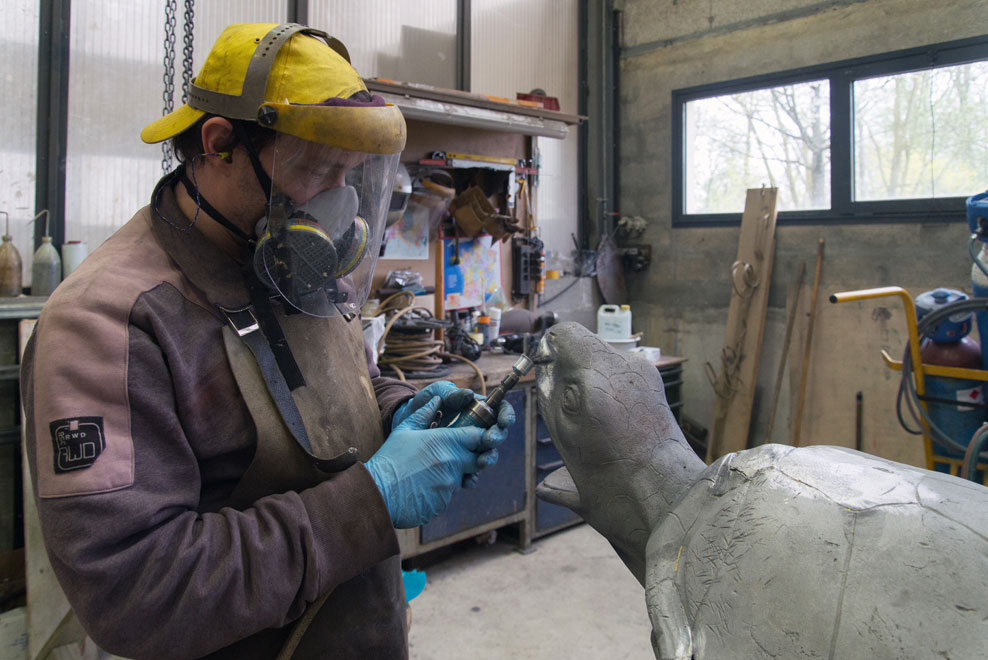 A turtle undergoing restoration © EPV / Thomas Garnier
A series of highly specific steps
After a first cleaning step, the restorers brush the areas where the lead has been deteriorated by cracks or internal swelling. Then they fill in the missing parts with lead, an operation which, in the language of casting, is poetically called, “retreating with a leaden heart”. Then comes the caulking, which consists in packing the lead that has been added to eliminate all the interstices through which water could penetrate. For the finishing, the metal surface is chiselled to give it a homogenous appearance, making the repairs invisible. 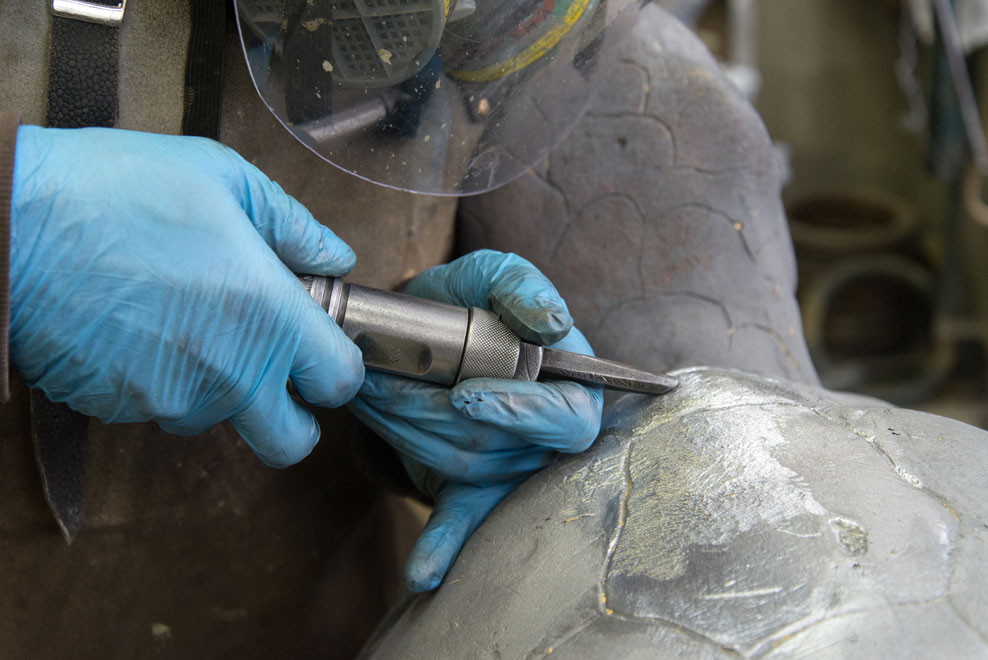 Lead caulking © EPV / Thomas Garnier
Painstaking work
The metal restoration operations required for the Latona fountain involve very painstaking work owing to the amount f the motifs in relief, such as the scales of the turtles, the skin on the paws of the lizards and the folds in the clothes of the peasants. The missing paws or fingers will be replaced by casts made in a sand mould and then soldered into place before being smoothed by chisel finishing. 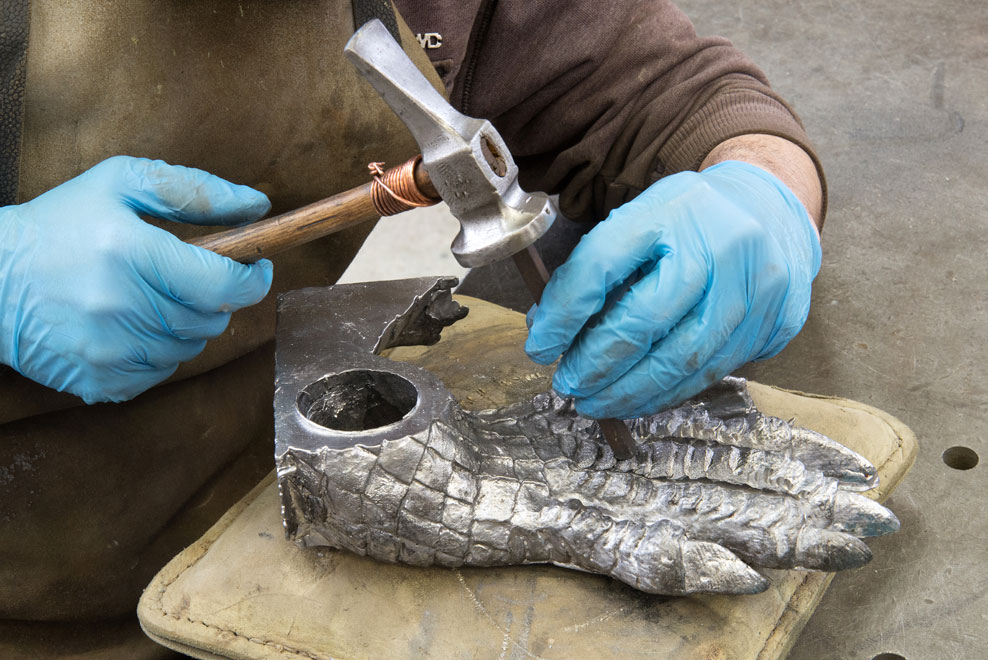