The key structure of the hydraulic system

The water features of the Latona fountain
The Latona fountain has 74 water spouts, distributed on the three lower tiers of the pyramid and the basin. These 74 water spouts are supplied from a double lead crown in the shape of a spider located in the vaulted underground chamber.
The water spurts in different directions, towards Latona, out from the pyramid, or vertically. It is collected on the tiers of the pyramid from which it overflows down to the surrounding basin. Two large sprays on the sides complete these water features.
The hydraulic system of the fountain remained mostly unchanged between the construction of the pyramid, in the 1680s, and the mid-19th century. Since then, the principal change concerns the suppression of the vertical spouts of the second tier. Other modifications in the shape and intensity of the spouts have been identified, notably the transformation of the two side vertical jets into sprays and the reduction of the range of the spouts of the circle of lizards and turtles.
One of the goals of the restoration is to recreate this original composition. The fountain engineers will thus reinstall the vertical jets of the second tier and will carry out adjustment work on all the water features. 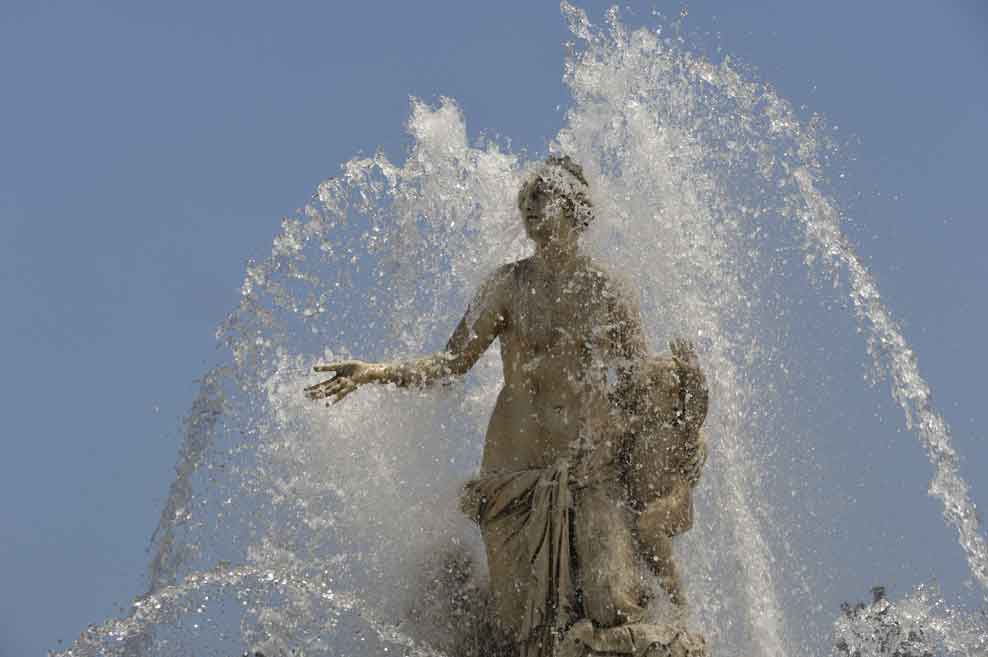 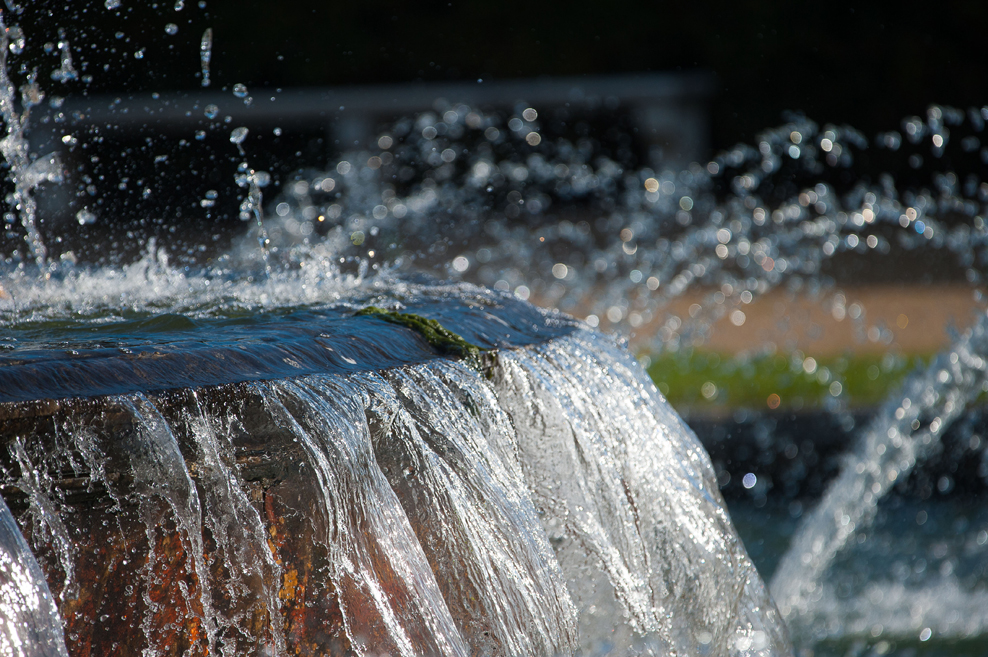 A basin of the fountain in action © EPV / Thomas Garnier